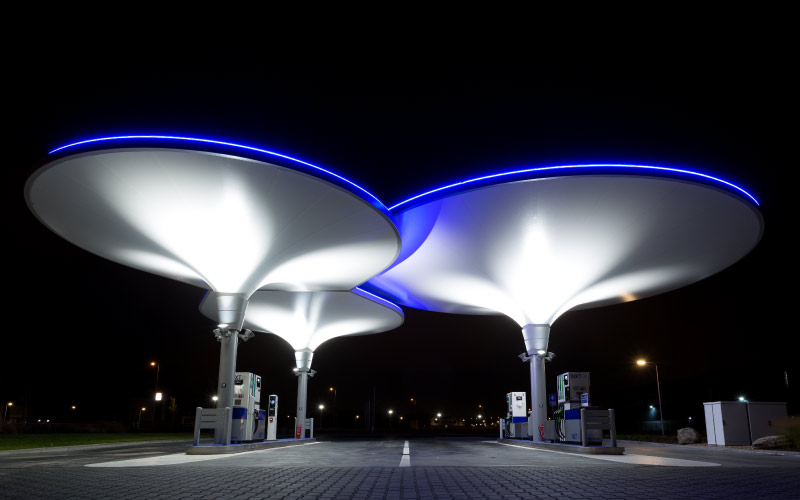 Consumer convenience comes first, and that’s probably all you want anyway. Rather than getting out of the car while driving in a Polar Vortex, you can have your tank refilled by a robot. It’s possible to make a purchase with an app without rolling down the window at all. The robot can also do it faster than you since it can begin the process while it waits to verify your credit card.

Robot gas station attendants aren’t all that scary in a world where people fall in love with their phone’s operating system and driverless cars are terrorizing the roads. A robot arm loading a car with fuel in a snowstorm will probably frighten most people more than automatic car washes.